Massive international interest is being attracted by a business idea in Nairobi, Kenya, which is unique in the plastics industry. Mr. Green Africa's two company founders, Keiran Smith and Karim Debabe, were looking for a solution to prevent the growing mountains of plastic waste in and around Nairobi and to integrate the tens of thousands of informal waste collectors into a plastics processing value chain. Founded in 2014, the company succeeded in establishing a collection and sorting system for post consumer plastics from industrial and household waste in the greater Nairobi area.

Today the company has a permanent staff of 110 as well as 2,500 waste collectors among its suppliers. The beginning of 2020 saw an increase in their value adding process. The company now processes its own washed chips (previously they sold them) to produce high-quality recycled material using an INTAREMA® 1108 TVEplus® RegrindPro® made by EREMA.

The two founders of Mr. Green Africa, Keiran Smith and Karim Debabe, got to know each other through a group of friends during their studies in Zurich. In the course of many discussions about the contradictory relationship between increased plastic waste and growing environmental awareness, they hit upon the idea of becoming active in the plastics industry themselves. Following careful consideration, they chose Nairobi, Kenya as the location for their headquarters. Here the environmental pollution caused by plastic waste cannot be ignored. Tonnes of waste end up either on the streets of Nairobi or in the illegal dumps on the outskirts of the city. Due to the increasing population and urbanisation, the volume of waste is continuing to rise sharply.

"This unmistakable development, the inviting business conditions for foreign investors, as well as our local contacts, were all reasons that encouraged us to establish Mr. Green in Kenya,"

The shady side of the waste disposal business

The lack of municipal collection and sorting systems in Kenya is leading to the development of a steadily growing parallel economy in waste collection. This is left unchecked by the authorities, resulting in non-transparent structures and low pay for the hard-working waste collectors. Only very few profit from waste disposal, which is a flourishing business. "During our visits to Nairobi, we noticed that plastic waste is increasingly becoming part of the normal cityscape. In proportion to the increase in waste, people were seen searching for particular types of plastics in the mountains of garbage that they could later sell on to dealers. At a ridiculously low price considering the hard and dangerous work. Because without suitable boots, protective clothing and above all gloves, broken glass, syringes and sharp metal tins can quickly become life-threatening," reports Karim Debabe. "On the one hand, the waste collectors' incomes are too low to live on, or to feed their families. On the other hand, as a citizen without a fixed income, without an employment contract, and without health insurance, you are virtually non-existent for the state. That's why we often talk about the waste collectors as invisible heroes and why we wanted to finally give them the appreciation they deserve," says Keiran Smith, explaining the motivation behind the business idea.

Success with a meaning

Mr. Green Africa was founded in 2014 and opened its headquarters in Nairobi. "Our business idea: Collect, sort, recycle and resell plastics while making a valuable social and environmental contribution to the local population." says Keiran Smith. "We built our business model based on this vision, with our main focus on upgrading the working conditions of the waste collectors." The young entrepreneurs went ahead and set up a collection and sorting system for post consumer plastics from industrial and household waste. The PET, HDPE and PP material collected is washed at the Nairobi plant, processed to form washed chips, and then sold to local and international customers.

For Mr. Green Africa, being able to achieve social sustainability with their business model meant not only a higher and more consistent income for waste collection, it is also about helping workers to regain their dignity. By working together with Mr. Green Africa, waste collectors benefit from a variety of supplier loyalty programs and services such as health care and access to microcredits. Other non-monetary benefits include providing protective clothing such as gloves and boots as well as tools, and in some cases mobile phones.

Expanding the product range with EREMA

Keiran Smith and Karim Debabe's vision has now been more than fulfilled. The company combines economic success with social responsibility. The high demand for recycled plastics has allowed the two entrepreneurs to go one step further. They wanted to produce their own recycled material in addition to selling washed PET, HDPE and PP chips. However, this presented the company with a number of technical challenges because they needed to achieve a consistently high recyclate quality despite the fluctuating quality of the input material. Mr. Green Africa obtained scientific support from the Institute for Polymer Materials and Testing and the Institute for Integrated Quality Design at Johannes Kepler University Linz in Austria. The scientific institutions analysed the materials and specified the requirements for the recycling technology. In the end Mr. Green Africa chose to go for EREMA, or more precisely for the INTAREMA® 1108 TVEplus® RegrindPro® with laser filter, which specialises in processing challenging post consumer materials. This system processes up to 500 kg/h of HDPE and up to 600 kg/h of PP plastic from household waste to produce recycled pellets.

"When choosing the recycling technology, the decisive factor for us was that HDPE and PP material can be processed on the same line. With HDPE we collect all types of packaging, including canisters and bottles, which are often contaminated with paper labels and printing inks. Despite different input materials of varying quality, we have to meet the demands of our customers and deliver a consistent quality of recyclate output," explains Keiran Smith.

"Our business idea: collect, recycle and resell plastics according to type and make a valuable social and ecological contribution to the local population." 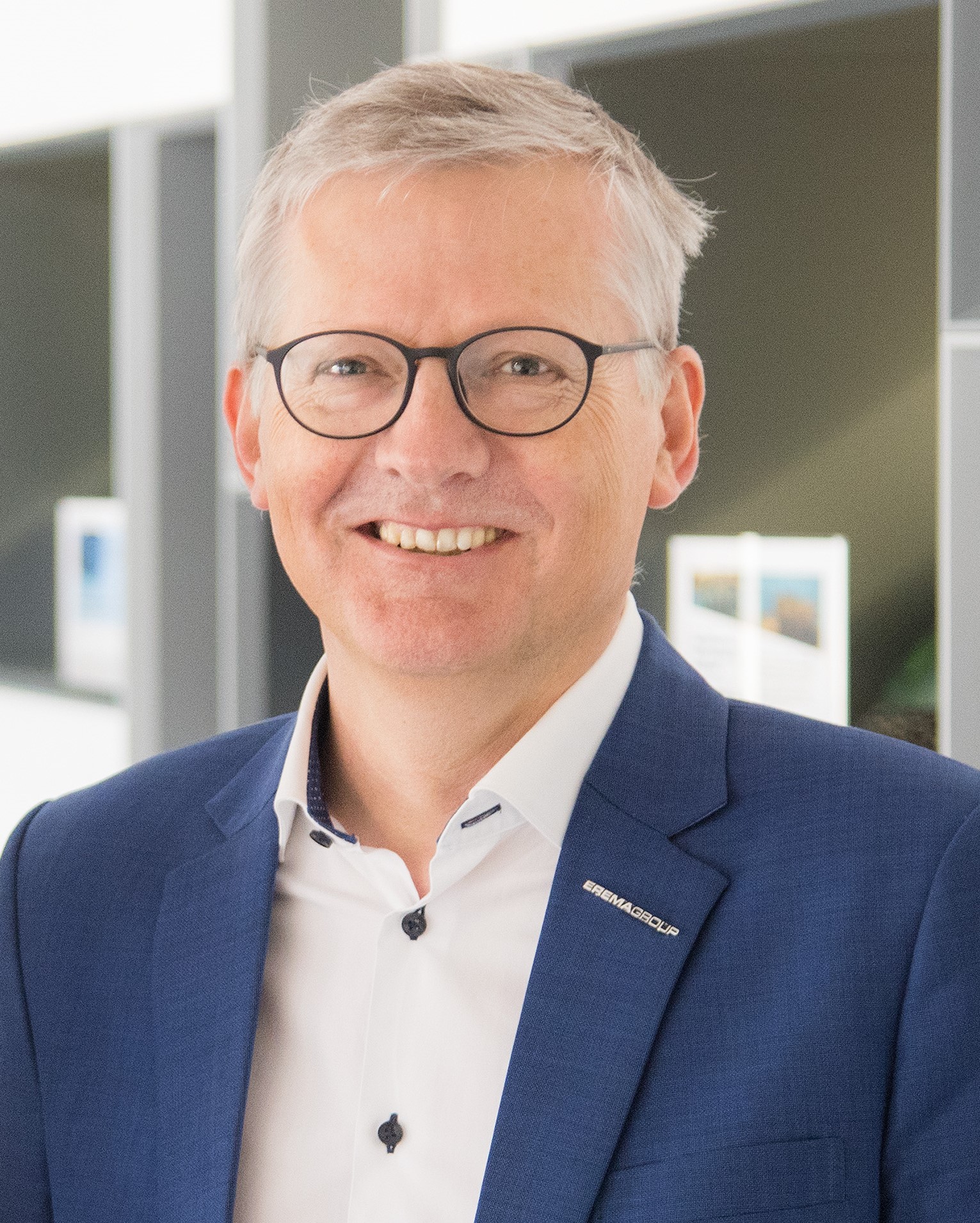 "Keiran Smith and Karim Debabe captivated me with their business idea from the very first second. As far as I know, setting up a company with such an effective social impact is unique in the plastics recycling sector and could serve as a model for other regions."

Following their initial discussions it was clear to EREMA CEO Manfred Hackl that EREMA definitely wanted to supply technology to Mr. Green Africa.

The highlights of the EREMA Group at K 2022

EREMA awarded for the Recycling Machinery Innovation of the Year

Film: Change the world of Petra